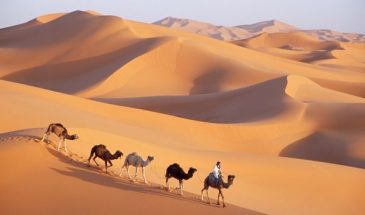 Tour Packages for Udaipur, Jodhpur, Jaisalmer & Bikaner Plan a romantic getaway in Udaipur with Deserts of Jaisalmer. Get the fascinating tour package…

Plan a romantic getaway in Udaipur with Deserts of Jaisalmer. Get the fascinating tour package of 7 days and 6 nights in the spectacular Rajasthan. Explore the beauty and culture with a pinch of romance in Rajasthan and make Udaipur (The Lake City), Jodhpur (The Blue City), Jaisalmer (The Gold City), and Bikaner (The Royal City) part of your romance. Find peace and slake in the beauty of Rajasthan. Plan a trip with our fascinating tour packages and get a darker shade of love.

Udaipur – Udaipur is known as a city that possesses water lakes filled with tranquility and is also popularly called the City of Dawn. This city is naturally beautiful and along with its beauty it also possesses a very wealthy social, natural and cultural heritage, ecological richness and aesthetic beauty. Udaipur, previously known as Mewar, is a very old kingdom in Rajasthan and it is typically found that even today the city instills great pride and seniority among the citizens.

Jodhpur – Jodhpur is the second largest city in the state of Rajasthan, India. It is called the Gateway to Thar, as it is literally on the edge of the Thar desert. It is also called the Sun City as the sun shines  almost every day of the year. Jodhpur is also known as the Blue City, an apt name as most houses in the old city are shades of blue. The Jodhpur city was founded in 1459 by Rao Jodha, a Rajput chief of the Rathore clan. Jodha succeeded in conquering the surrounding territory and thus founded a kingdom which came to be known as Marwar.

Jaisalmer – It is the largest district of Rajasthan and 3rd largest district by territorial region in the country, hugged on the west & south-west by the Pakistani border. Jaisalmer is a former medieval trading center and a princely state in the western Indian state of Rajasthan, in the heart of the Thar Desert. Known as the “Golden City,” it’s distinguished by its yellow sandstone architecture. Dominating the skyline is Jaisalmer Fort, a sprawling hilltop citadel buttressed by 99 bastions.

Bikaner – Bikaner the city was founded by Rao Bika in 1488. Bikaji was one of the five sons of Rao Jodhaji the memorable founder of Jodhpur. But Rao Bikaji was the most courageous of them. It is said that an insensible comment from his father about his whispering in the Durbar motivated Bikaji to set up his own kingdom towards the north of Jodhpur Rajasthan. The old part of Bikaner city is surrounded by a stone wall that is 15 to 30 feet (5 to 9 metres) high and has five gates. Its architecture features numerous buildings of bright red and yellow sandstone. The area is overlooked by Junagarh Fort, which was built in the late 16th century by Rai Singh. Bikaner is now a trade centre for wool, hides, building stone, salt, and grain. Bikaneri woolen shawls, blankets, carpets, and candy are famous, and there are also ivory and lacquerware handicrafts.

Tour Fees: $600 per person ( Minimum 2 Pax ). Contact us for seasonal Discounts and for the groups more than 3 people.

What is included: All Transportation by Car, Hotel accommodation in Udaipur, Jodhpur, Jaisalmer & Bikaner with everyday Breakfast, Drop off to Jaipur airport or desired location in Jaipur.

Our Udaipur Jaisalmer Tour Packages start with a trip from Jaipur to Udaipur. You are picked from your hotel or other place of accommodation in Jaipur and the journey starts in the morning. We make use of air-conditioned Toyota Etios or similar type of car for transportation. An experienced driver with English speaking skills is appointed to guide you through. Udaipur is well known for its wonderful temples, amazing palaces, beautiful lakes and picturesque gardens. It is known as 'the city of lakes'. Leisure activities are arranged at evening. Accommodation is provided at Hotel located in Udaipur.

Udaipur After breakfast visit to sightseeing tour of Udaipur. Enjoy picturesque Lake Pichola set on the backdrop of Aravali hills, established in 1559 by Maharana Udai Singh, is nick named as ‘Kashmir of Rajasthan’ or ‘Venice of the East’, owing to its natural beauty; enchanting location and picturesque surroundings. The City Palace museum, the Jagdish temple, Sahelion Ki Bari (Queen’s resort for their friends) Bhartiya Lok Kala Mandir (Folk art museum) and the Pratap Memorial. Later back to hotel. Rest of the day free for leisure. Overnight stay at hotel in Udaipur.

Day 3 of our Jaisalmer tour packages is from Udaipur to Jodhpur - Local Sightseeing After Breakfast & check out from hotel & drive to Jodhpur. Arrive Jodhpur and check in at hotel. In Afternoon proceed for local city sightseeing tour. Jodhpur, stronghold of the fierce Rathore clan, was founded in 1459 by Prince Jodha. Visit the Mehrangarh Fort, situated on a low sandstone hill. Within the fort, visit Moti Mahal and Phool Mahal. Also visit Jaswant Thada, an imposing marble cenotaph, built in memory of Maharaja Jaswant singh II around 1899 and Umaid Public gardens. Return back to hotel and overnight stay.

Jodhpur to Jaisalmer After breakfast in the morning drive to Jaisalmer on the way stop at Ossian to visit the Jain Temple and overnight at Jaisalmer.

Jaisalmer Proceed for sightseeing tour of The Golden City - Jaisalmer. Visit the 12th century magnificent fort at Jaisalmer (This is the highlight of the tour). Also visit the beautifully and magnificently carved Havelis of Salim Singh ki Haveli and Patwon ki Haveli and Gadisar Lake. Drive to Sam dunes for a Camel ride and sunset in the Desert over night at Jaisalmer.

Jaisalmer to Bikaner Breakfast at the camp. Later continue to Bikaner by surface. Check in at hotel. Proceed for sightseeing tour of Bikaner. Rao Bikaji, visit the Junagarh Fort, constructed between 1588 and 1593 by Raja Jai Singh, a general in the Moghul Emperor Akbar's army. The city is also called the "Camel Country". Visit the camel-breeding farm - the only one in Asia. Also visit the Karni Mata Temple. BIKANER - Founded in 1488 by a Rathore Prince, Rao Bikaji, a descendant of the founder of Jodhpur, Rao Jodhaji, and Bikaner has a glorious past to tell. Situated in the north of Rajasthan, the walled city of Bikaner is famous for its sky touching forts, camel safaris, citadels and the well-known camel festival. Overnight at Bikaner hotel.

Bikaner to Jaipur Drop Breakfast at hotel. Drive back to Jaipur and upon arrival drop at Rly Stn. / airport for onward Journey.