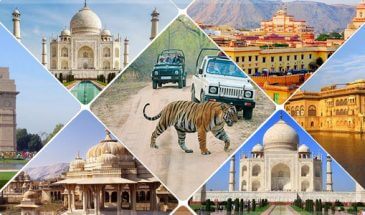 Offer
View Gallery
Please login to add your wishlists.
From USD 210.00
5 out of 5

Wildlife & Taj Mahal Tour Packages in India Get ready to explore architecture with the wilder side of India now! Check our 3…

Get ready to explore architecture with the wilder side of India now! Check our 3 nights and 4 days package for Wildlife and Taj Mahal tour and indulge yourself in the alluring culture of Rajasthan, Agra and Delhi. The package lets you embrace the charm of the most popular tourist destination in India. The attractions include Tiger Safari in National Park, Bird Sanctuary at Keoladeo Ghana National Park in Bharatpur, Agra Taj-Mahal, Agra Fort, Agra City Tour, Fathehpur Sikri, Sikandra, India gate and Buddhist Temple in Delhi. Now, let the travel bug inside you out and make the best out of our Wildlife and Taj Mahal Tour Packages.

What is included: All Transportation by Car, Hotel accommodation in Ranthambore and Agra, BreakFast at Hotel, Safari charges in Ranthambore, Drop off to Delhi airport or desired location in Delhi.

The Taj Mahal is one of the famous finest architecture of the world. It is in a seven wonders of Worldand also a UNESCO World Heritage Site. It was built in (1631-1653) with the orders of Shah Jahan for his beloved wife Mumtaz. 20,000 workers labored and 32 crore rupees were spent during the construction of the monument and it was built according to Islamic architecture. The meaning of Taj Mahal in English is ‘ Place of Crown ‘. Taj Means Crown and Mahal means place.

Agra Fort - Most of the People who visits Taj Mahal, Agra; they also go to visit Famous Agra Fort which is not more than 2 k.ms from Taj Mahal on same river bank. The Emperor Shah Jahan, who built Taj Mahal was imprisoned by his son Aurangzeb in the Agra Fort where he had a view on the building erected for his deceased wife. Shah Jahan is said to have died in the Musamman Burj, a tower with a beautiful marble balcony. From there you probably have the best view on the Taj. Between the many pavilions, you find small well maintained gardens. After visiting the Taj Mahal we will bring you to show you the Great Agra Fort.

Going On the Way to Agra you visit Fatehpur Sikri. Fatehpur Sikri is a fascinating ghost city built in the 16th century, 37 km from Agra. Sikri was the first planned city of the Mughals. The sloping levels of the city were connected into terraces which were utilised for various complexes such as Jami masjid, Buland-Darwazah and tomb of Sheikh Salim Chishti; Khass Mahal, Shahi-Bazar, Mina-Bazar, the Panch-Mahal, Khwabgah, Diwan-i-Khass, Anup-Talao, Chaupar and Diwan-i-Am. The efficient system of drainage and water-supply adopted here suggest an extremely intelligent town-planning by the Mughal emperor.All these palaces were built of red sandstone in the trabeate beam-and-post order, and composed of pillars, ornamental arches, brackets-and-chhajjas, jharokhas, chhatris, chhaparkhats, chaukhandis and so on. Domes have been used sparingly. Sometimes corbelled pendentives have been employed in the transition phase. The architecture of Fatehpur Sikri has a definite all-India character. It is prolific and versatile Indo-Muslim composite style, which is a fussion of the composite cultures of indigenous and foreign origins.

On the Way to Agra Visit the Bird Sanctuary at Keoladeo Ghana National Park in Bharatpur. The Park is one of the finest park of Asia. Bharatpur is also home to one of the world's best-known bird watching destinations, Keoladeo Ghana National Park (KNP). 250 years ago, the then ruler built embankments that allowed flooding of this land, turning it into a marsh. Named after the dense jungle that surrounded an old Shiva Temple, this 29 square kilometre man-made wetland is renowned for migratory birds – ducks, geese, waders, raptors, flycatchers and more. In winter, avid birders and ornithologists flock to the park to observe and study the feathered beauties. With more than 370 recorded species, KNP used to also host the Siberian crane. It is a World Heritage Site.

On the way to Delhi visit Sikandra – Construction of this beautiful monument was started by Akbar himself. This structure is a perfect blend of Hindu, Christian, Islamic, Buddhist, Jain motifs. But Akbar died before his mausoleum could be completed and his son Jehangir completed it.

Your tour last destination will be Delhi where you will be visiting India Gate, Qutub Minar and Lotus Temple which are must see tourist places of Capital City India.

Below is the itinerary of the Package :- 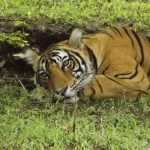 Start from Jaipur in morning and proceed to visit Ranthambore. We will pick you from Airport/Hotel/Guest house in Jaipur through an air-conditioned Toyota Etios or one of the similar standards Car with well experienced English-speaking Driver.
The drive is 3.5 hours from Jaipur to Reach Ranthambore. Once reach Ranthambore Check Inn to Hotel And freshen up then proceed to Jungle Safari at 1:30 p.m in Canter/Gypsy to see the wildlife in National Park. The national park is famous not only for the preservation of the Tigers but is also famous for hte large numbers of other wild animals like sambar, chital nilgai, boar, gazelle, Indian hare, mongoose, monitor lizards, deer, leopard, snakes & hyena. The Jungle Safari activity is for 3 hours.
Overnight in Ranthambore Hotel. 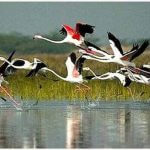 Early morning after Breakfast Proceed to Agra, On the way to Agra visit Bird Sanctuary at Keoladeo Ghana National Park in Bharatpur by a Nature guide in Rickshaw. The Keoladeo Ghana Bird Sanctuary, better known as the Bharatpur sanctuary. This former hunting preserve of the royal family of Bharatpur, is now home to many migratory and exotic birds including the Siberian cranes. Given the biological diversity it supports, it was declared a world heritage site, by UNESCO in 1985. The acitivity is for 2 hours by the cycle rickshaw or battery vehicle with a Professional Nature Guide.
Later visit Fatehpur Sikri. Fatehpur Sikri, , a city predominantly in red sand-stone, situated at a distance of 37 kms from Agra, was built by the Mughal Emperor Jalal-ud-din Mohammad Akbar, in honour of the great Sufi saint Salim Chisti ; its magnificence and uniqueness offers a fine example of the emperor's architectural finesse. At Fatehpur Sikri during Sunset the turrets and domes create shadows and silhouette against the copper red sky; which truly is an inspirational scene for a painter's canvas or the visitor's eyes.
Reach Agra in evening at 6:00 p.m. Check in to Hotel in Agra. Overnight Stay. 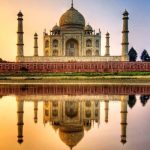 Early morning visit the world-famous Taj Mahal built by the Moghul Emperor Shahjehan in 1630 for his Queen Mumtaz Mahal to enshrine her mortal remains. Taj Mahal, a symbol of love. Your guide in Agra will meet you at the Taj Mahal and will show you around the monument. Take your time to admire one of the most majestic and beautiful buildings in the world.
Back to hotel for breakfast, after breakfast check out from the Hotel. Visit Agra fort and city tour. Agra Fort is one of the finest Mughal forts in India. Agra Fort, built by Emperor Akbar in 1565, is a massive red sandstone fort on the bank of Yamuna River. Your guide will explain the history of Agra Fort.
Post Lunch Drive to Delhi, which is 230 km's. On the way to Delhi Visit Sikandra. Sikandra is the Mausoleum of Emperor Akbar. It represents his philosophy and secular outlook, combining the best of Hindu and Muslim architecture in a superlative fusion. Completed in 1613 A.D., it is one of the well-preserved monuments in the area. Reach Delhi later in Evening.
OverNight at Delhi Hotel. 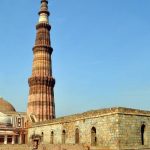 Early Morning after Breakfast proceed for full Day Delhi Sightseeing. We will bring you to visit Jama Masjid with Rickshaw Ride, Humayun Tomb. Post Lunch visit Lotus Temple, India Gate & Qutub Minar. After Sightseeing we will drop you off at the Airport.
Tour Finishes in Sweet Memories. !! 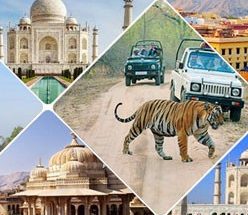 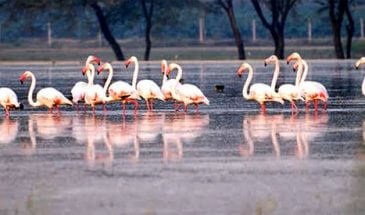 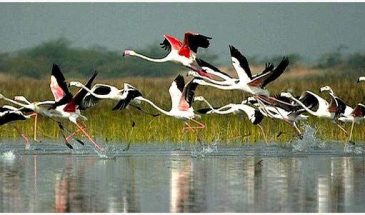 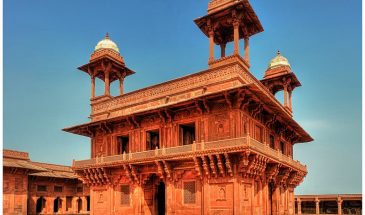 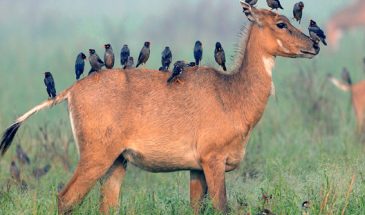 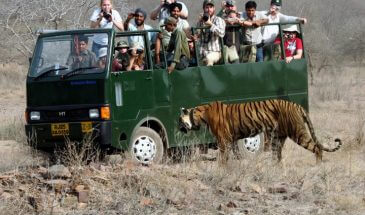 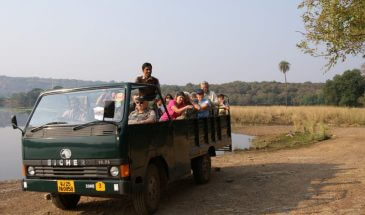 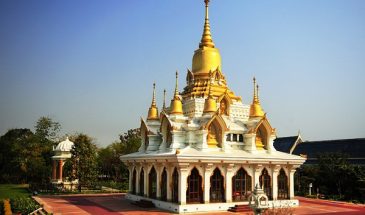 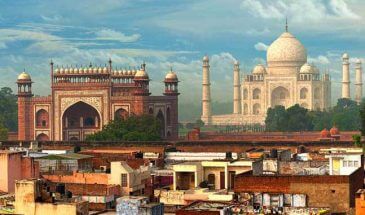 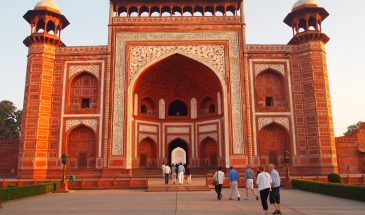 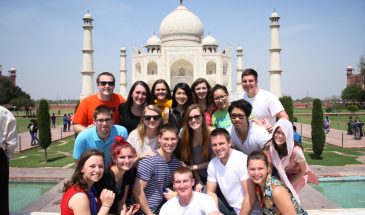