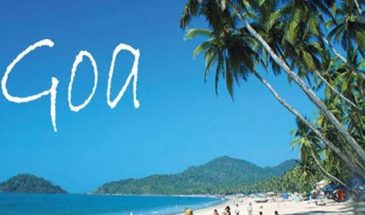 Goa Holidays 3Days/2Nights Join our most demanding tour for 3 Days/2 Nights in your holidays. Goa is a coastal region located in the…

Join our most demanding tour for 3 Days/2 Nights in your holidays. Goa is a coastal region located in the western part of India famous as most popular tourist destination. Bounded by Arabian Sea on one side and land on the other sides, this region boasts 30 and more beaches. Goa is one of the most important tourist spots in the country because of its beauty and culture.

Tour Fees: $ 175 per person ( Minimum 2 pax ). Contact us for seasonal Discounts and for the groups more than 3 people.

What is not included: Any Airfare, Train fare, Any personal Expenses, Water sports activities, Any Medical/rescue evacuation due to mishaps.

Goa variously known as “Pearl of the Orient” and a “Tourist Paradise” the state of Goa is located on the on western India with coastlines stretching along the Arabian Sea. Its long history as a Portuguese colony prior to 1961 is evident in its preserved 17th-century churches and the area’s tropical spice plantations. Over the centuries various dynasties have ruled Goa. Rashtrakutas, Kadambas, Silaharas, Chalukyas, Bahamani Muslims and most famously the Portuguese have been rulers of Goa.

The state of Maharashtra borders Goa on the north, the state of Karnataka on the south and east. The vast expanse of the Arabian Sea on the west forms the magnificent coastline for which goa is justly famous.

Goa is a honeymooners/couples paradise. Being one of the small, yet richest states in India, Goa is visited by beach tour enthusiasts, nature tour lovers, couples and honeymooners very much. From beautiful and palm-fringed beaches to dense forest ranges, paddy fields, vibrant cities, churches to temples and ancient market places, you have a lot to explore in Goa. Panji (the capital city of the state), Vasco De Gama, are the largest cities of the state. Among all attractions, what attract tourists very much are Goa beaches that are known for serenity, cool sea breeze and romantic atmosphere.

One of the most popular sea beaches among foreigners in Goa because of its night parties, Curlies and other good eating joints, peaceful seashore, western seafood with chilled beer and good music in nearby restaurants and flea markets.

Once you arrive at the Goa airport or railway station then We will pick up you from there and transfer you to Hotel by private transport. Serve you welcome drink & Rest of the day free for leisure.

Be the first to review “Goa Holidays 3Days/2Nights” Cancel reply